← more from
Art As Catharsis
Get fresh music recommendations delivered to your inbox every Friday.
We've updated our Terms of Use. You can review the changes here.

by Lack The Low 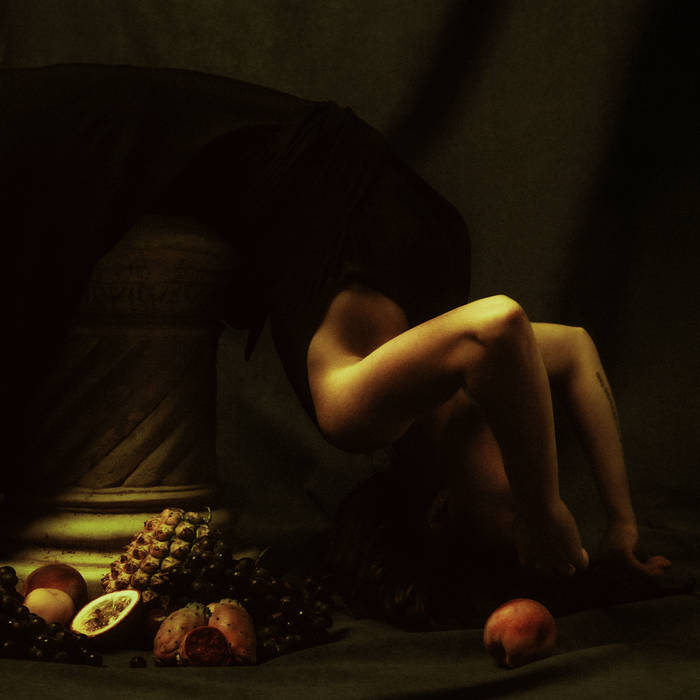 annaobryan Phenomenal record. I’m flawed and so very moved by it. <3

Art As Catharsis is proud to announce the release of Lack The Low’s God-Carrier, a record brazenly pushing the boundaries of avant-pop.

Returning with a swathe of rich, textured melodies, Kat Hunter’s experimental pop project Lack The Low reaches new heights on God-Carrier. Listeners have drawn comparisons between her and Anna Meredith, These New Puritans, Joanna Newsom, Son Lux and Olga Bell -and considering Hunter’s impressive vocal ability and her flourishing compositions, it’s easy to understand why. Every lyric simmers with feeling, every track heaves with urgency – it’s a record as commanding as a riptide, with enough strength to draw you under in each fleeting moment.

“There are a lot of fun and challenging vocal parts in this record, but I think the biggest changes over the last few years have been in my approach to production.” says Hunter. “I took a lot of time developing my recording, producing and mixing skills for this record. I also used a lot more synths and guitars and it has a more refined feel overall.”

As the first single from God-Carrier, The Sharpest Knife is a striking, well-paced composition hooking warmly in the ear. Rising with a powerful crescendo, the track is characterised by shifts in tempo which keep the listener off-guard and curious. Fuzzed bass, catchy beats and vocal melodies flutter gracefully off a track that simmers with both warping and glowing textures – majestic and obscuring in its own intricacy.

“The Sharpest Knife sets up a conceptual theme which runs through the record,” says Hunter, “which is that of centring the importance of being receptive, being flexible, and finding a sense of equanimity and ease. It’s a concept that came up briefly in One Eye Closed but is much more fully developed in God-Carrier. Specifically, I’m exploring ideas around envy and the pressure we put on ourselves to achieve external goals. It was partly inspired by a quote from the Bhagavad Gita: ‘You have the right to work, but for the work's sake only. You have no right to the fruits of work. Desire for the fruits of work must never be your motive in working’.”

Following the release of her debut One Eye Closed, Hunter has developed a reputation from critics for her stunning voice and an approach to song-writing that leaves listeners pondering the nature of form and existentialism.

God-Carrier is a continuation of the depth that listeners have come to expect from her, something that surpasses standards of composition and in lyricism. The record truly pushes the envelope for Australian pop sensibilities, and is a must-hear for lovers of electronica and powerful vocals.

Lack The Low’s God-Carrier is out 11 March on Art As Catharsis.

Warmest thanks to Nikk Hunter, Rob Eggleston, Becki Whitton and the Provenance Collective for your unwavering help and support.

Lack the Low is Kat Hunter, a composer, producer and multi-instrumentalist from Melbourne, Australia.

Bandcamp Daily  your guide to the world of Bandcamp

Mille Petrozza stops by to talk about the new Kreator album, plus music by Trauma Bond